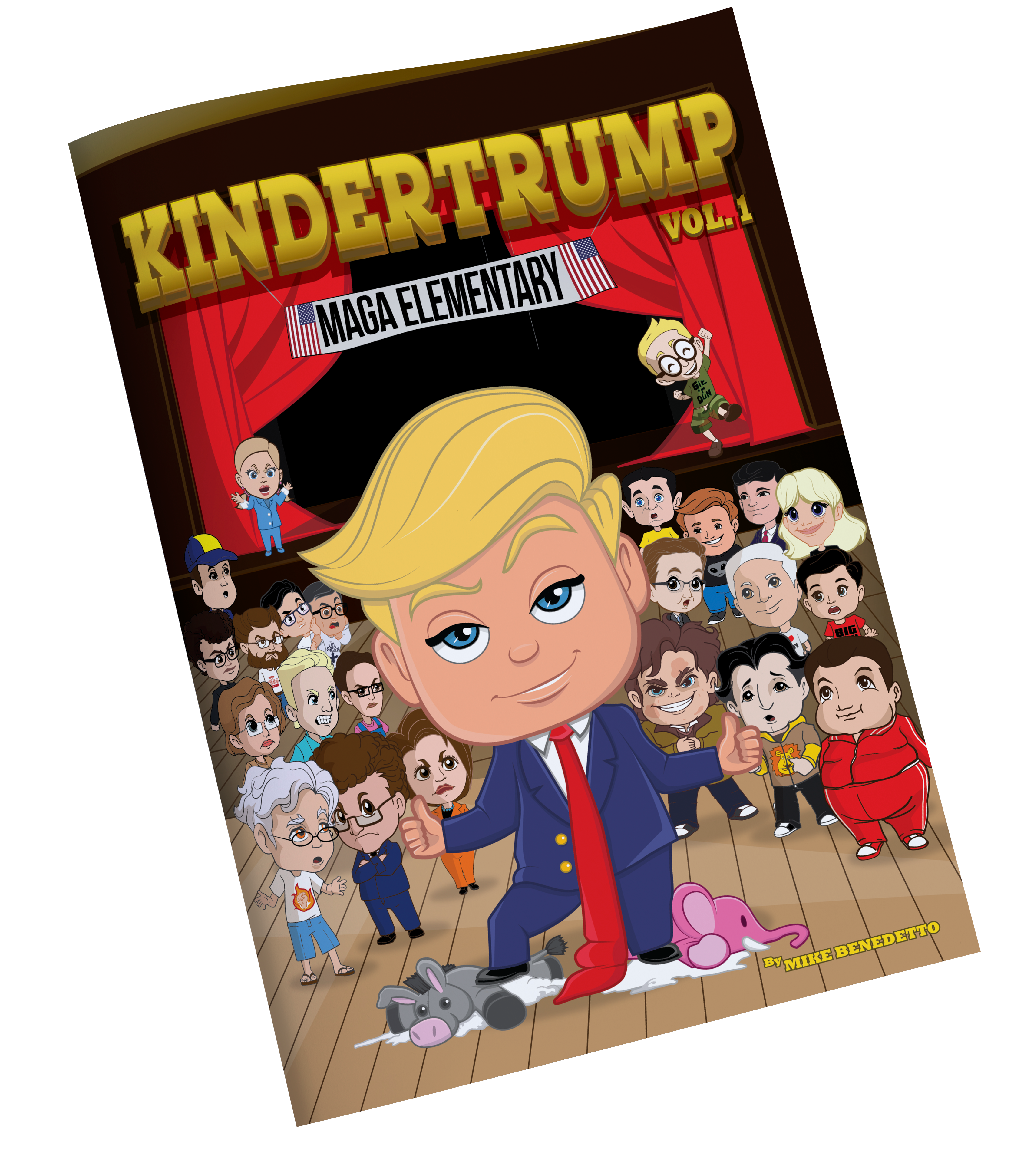 KINDERTRUMP is a hilarious cartoon graphic novel that re-imagines what’s going on in America, by putting all our politicians and media figures in kindergarten! Our news and politics have devolved into a horrendous day on the playground, with no adult-supervision to be found. Most of the people in charge have been acting like poorly raised 6-year-olds, so we thought we'd literally make them 6 years old!

Our story begins at MAGA Elementary, where Donny, the new kid, tries to become popular and succeed. He’s flanked on both sides by teams of kids who have no interest in him upsetting the status quo. Will the teacher be able to control her students? Will the other kids force Donny to quit? Will you laugh instead of cry, as you watch these ridiculous people trade insults and lunchables? Find out, by taking a break from the media circus and go back to school by grabbing a copy of KINDERTRUMP. Thank You!